You’ve created a marvellous character in Pillars of Eternity, settled on some suitable appearance options, and just need to find the perfect portrait to represent them. But oh no! The default portrait options just aren’t providing you with anything worthwhile.

Add some new faces, naturally. Pillars of Eternity lets you do this in a relatively simple way (as long as you’re fine with creating new .png images and adding them to game files.)

For reasons best kept to myself, I’m going to add a portrait image of Italian international footballing legend Roberto Baggio to Pillars of Eternity. For ‘Roberto Baggio’ you can read ‘some elf guy’ or ‘Game of Thrones characters’ or ‘My Little Pony’ (hey, it’s your nightmare) or whatever else you might want.

Step One: Locate your image. You’re on the internet, that should be easy.

Step Two: Crop, resize and rename. Use an image resizer (I’m partial to IrfanView) to make one portrait image of 210×330 pixels and one of 79×96 pixels.

The larger one should be called baggio_lg.png (or whatever_lg.png) and the smaller one needs to be named baggio_sm.png. Those _lg and _sm suffixes are crucial, and the forename part (baggio) should obviously be the same for each.

Step Three: Bung them in the right folder. Find the Pillars of EternityPillarsOfEternity_Datadataartguiportraitsplayer folder string on your PC (for most people it’s likely to be wherever you have your Steam games saved – Program FilesSteamSteamappsCommon.)

If your created portrait is of a guy, it should go in the ‘male’ folder. If you’ve created a woman, pop it in ‘female.’

Step Four: Load up the game and revel in your genius as the portrait (hopefully) appears. If it doesn’t, you did something slightly wrong. 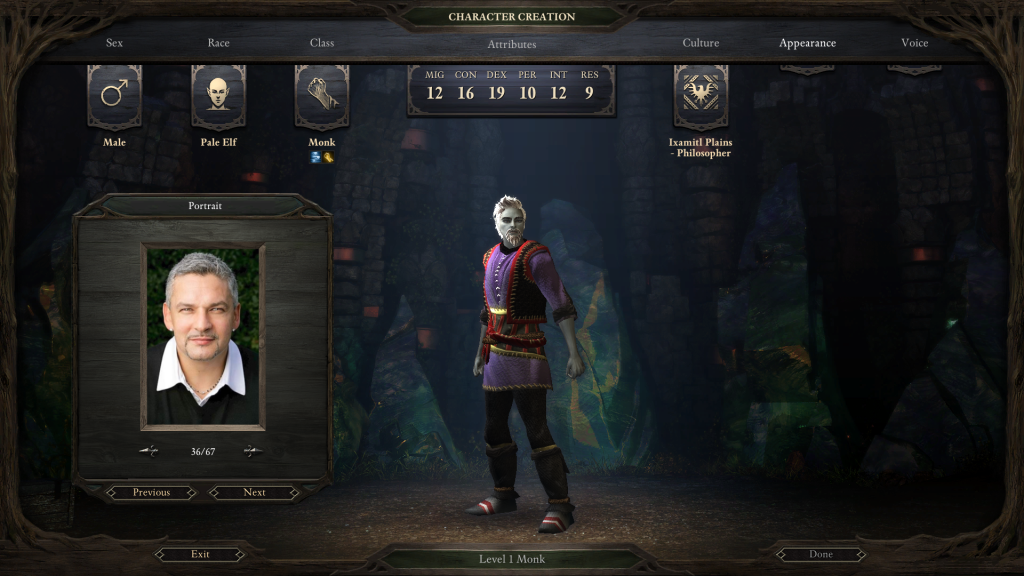 Any adventurer companions you hire and create in game can be given a custom portrait. So if you want to do some kind of themed party with six relevant portraits, you can.

This is possible too, with a couple of extra steps. Create your desired and correctly sized portraits as in Step One and Step Two above.

These files have a slightly different naming convention, and you should back-up the originals you want to change.

Say, just for example, you want to change Durance’s portrait to that of American stand-up sensation Louis CK. You’d create your Louis CK portrait as normal, and change the Durance filenames to something like portrait_durance_lgbackup and portrait_durance_smbackup.

This will be your glorious reward. 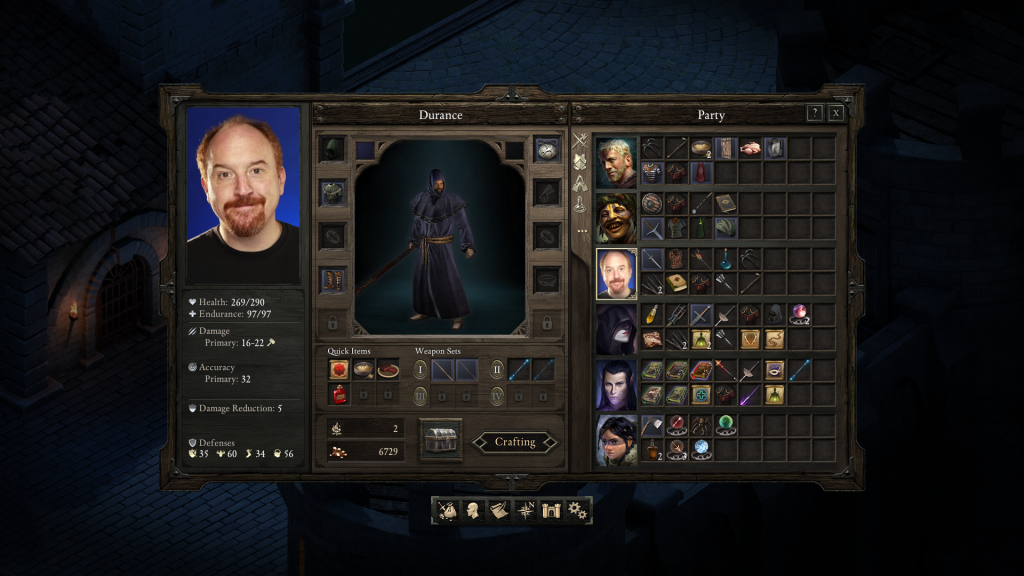 There are a few of these floating around the internet, which means (in typical internet style) they may very well contain uncredited artwork.

The following packs are sourced from the SomethingAwful Pillars of Eternity thread. The first two links contain pre-created and sized portraits for you to just drop into the male/female folders as desired, while the third seems to only have the larger sized images, so you’ll have to still create/crop a smaller image.

Most of the stuff here is more genre appropriate than the examples I used above.