Update:  With the release of Monolith, this guide is now out of date. Please read the new guide with updated information for Monolith.

We’ve been playing a lot of Paragon for the past few weeks and although it looks like a simple game there’s more to it than you’d think. As more players join the beta this weekend we thought we’d kick off some guides, starting with taking a look at the jungle.

Seasoned MOBA players will know what the “jungle” is, but if you’re new to the genre then all these terms may be a little alien. The jungle comprises the overgrown, twisting areas of the map between the three lanes, and there’s a lot going on in there. 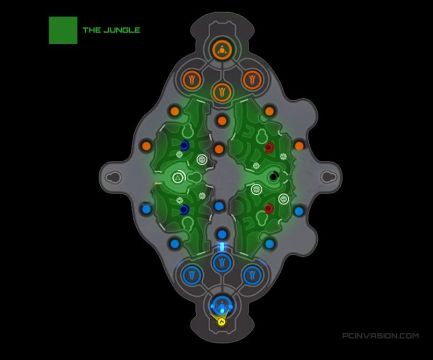 Welcome to the jungle.

Inside the Paragon jungle, players will find Harvesters, minions, buffs, and the mighty Orb Prime.

Let’s start with the Harvesters.

In Paragon, players need to accrue card points. These allow players to upgrade their character as they play by adding cards from their deck to their character (Paragon‘s equivalent of equipment or items from other MOBAs). These card points can be gathered from killing in a lane or via Harvesters in the jungle which provide Amber (the orange orbs). 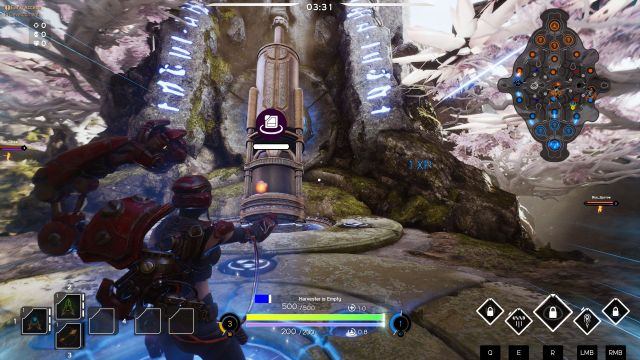 Once active, they generate Amber over time and the ones inside the jungle take three minutes to fill. When a player stands on the pad they gain Amber from the Harvester. Once empty, the Harvester needs to recharge, which is indicated by the icon being filled with a pink colour.

It’s important to note that all Amber gained from a Harvester is also passed on to your teammates instantly no matter where they are. XP gained from the Harvester is only applied you, however.

There are also Harvesters outside of the jungle on either side of the map which take six minutes to fill, and one right in the middle by the Orb Prime minion (the big purple guy) which fills in nine minutes.

Note that Harvesters can be destroyed, and it’s always a good idea to hamper the other team’s progress by destroying any Harvesters they’ve claimed.

The trick is to keep Harvesting as much as possible. If you’ve got Harvesters full of Amber just sat idle, then they’re wasting time that could be spent generating more card points. 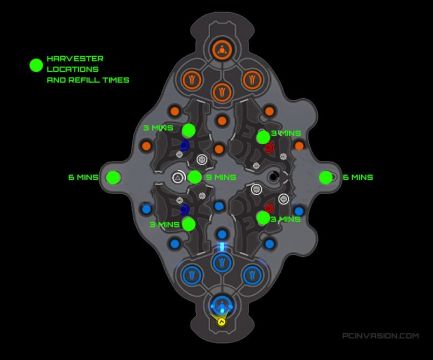 Inside the jungle, there are small camps of two or three minions. They’ll remain passive unless you attack them.

Four of these camps – two on each team’s side of the map – contain buff orbs. These are red and blue and they are easily identifiable by a red or blue glow over the camp.

These buff camps are tougher to take out and players often go for these early on to gain a buff, but at the start of a match, you’ll probably need two or three players to safely claim a camp. Bear in mind that buffs are only temporary. 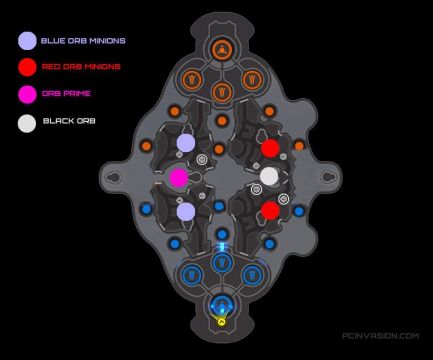 The Orb Prime serves two functions, to enable a team’s Prime Cards to to restore an inhibitor.

He holds the Orb Prime

During a game you may hear a teammate say “Attack the Orb Prime.” Right in the middle of the map is a giant minion who is tough to take down. A few players are usually needed in the early game, but it’s rare for a team to try to battle this beast early on. This giant purple minion will drop an orb which then has to be taken to a location inside the enemy’s territory, indicated by a pink rotating target on the side of the map. Be warned that enemy players can kill you to grab the orb off you, giving them a chance to activate the buff for themselves – think of it as a sort of reverse Capture The Flag.

Once the Orb is delivered to the red circle highlighted on the map, it activates all players’ Prime Cards. There are three of these cards in total and a player can only have one of these in their deck. Consider this a super buff.

If the Orb Prime is taken tot he blue highlighted circle on the map, it will restore any or all inhibitors your team has lost. This is a great way to get your team back in the game.

Which Heroes are the Best Paragon Junglers?

There are three or four heroes worth trying out if you want to hang out in the jungle and occasionally jump out and murder enemy heroes, rather than going to a lane. 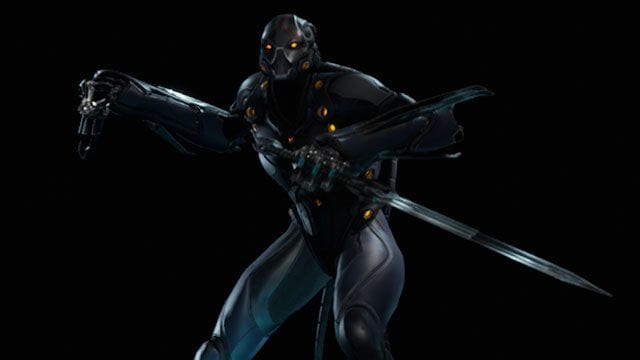 Kallari, the sneaky assassin, is a decent jungler thanks to her stealth and quick movement. She can easily zip between lanes and is ideal for taking down other players. She may not have the health of the others, but she has a great ultimate for finishing players off in the jungle, and can handle camps no problem mid to late game. 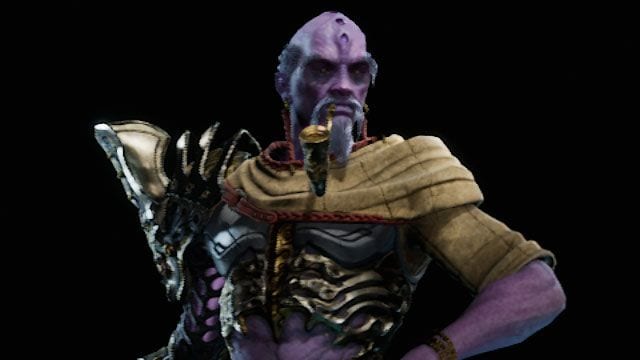 Feng Mao does decent area damage and can sweep through enemies, and is also rather good at ganking. He’s not easy to evade once he gets in close. He also has shields and does high physical damage, and has a teleport which is useful for getting into position for surprise murder. 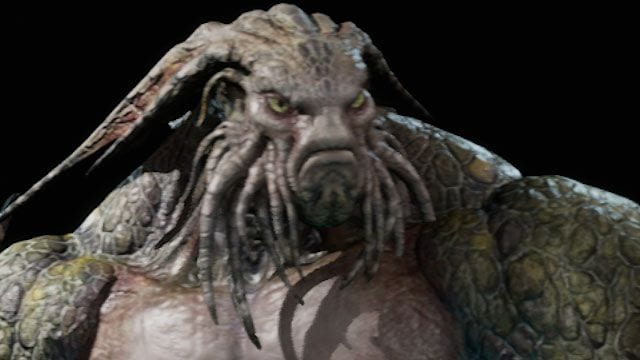 This beast of a hero was built for the jungle thanks to his passive, which allows him to regenerate health while inside the jungle. He also has a great escape skill in the form of a leap which can be used to jump in or out of danger. Again, good for catching players on the hop in the jungle. He also does area damage so it’s great on camps. 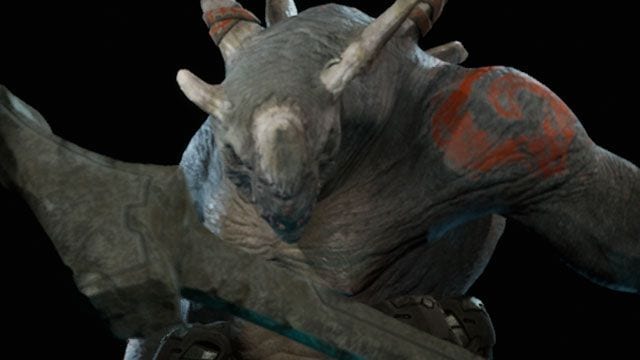 Another of the hulking brutes. This guy swings his dual axes for area damage, which also applies a bleed debuff. If that’s not enough he can also yank enemies towards him, making it hard for them to escape.

This melee fighter packs a real punch and is excellent when leaping out the jungle into lanes for a gank.With health regen attacks through his Spirit Regeneration and Unleash for attack speed, he’s a formidable melee fighter. He’s probably the most effective at ganking both in and outside of the jungle.

This Paladin melee fighter, like Khaimera, can cause a stir when leaping out of lanes from thejuingle and he’s highly durable in team fights. His Ultimate Reforged also comes in handy because when he dies, he respawns straight back into the fight and deals damage at the same time. He’s probably not a first joice for jungling but he’s OK for it.

If you’re not playing one of the above characters it’s important to keep an eye on the jungle entrances along the lanes. It’s easy to get caught out by another player who leaps out the jungle for a gank. The mini-map in the top right can be a real help here as it highlights enemies. It won’t track them all the time but if you follow their movements you can usually spot if they are heading in your direction. Avoid being ganked as much as possible – I’m sure I don’t have to tell you this, but being dead is bad.

Cards, and When To Jungle 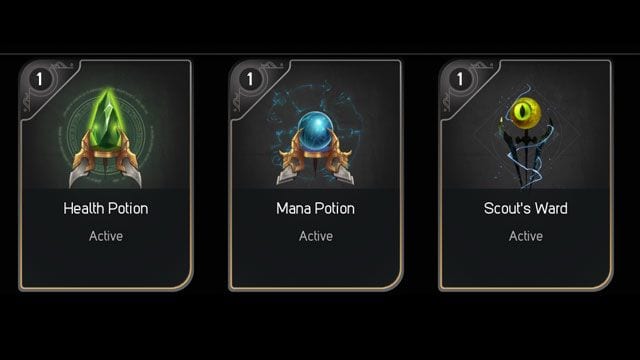 If you plan on jungling start with:

The Blue and Red Orbs spawn quite quickly. Some players like to run in and get these two orbs fast before hitting the lanes. You will be leaving towers undefended while in the jungle. You can still go for the red or blue, but be aware of what the other team is doing, and let your teammates know you’re planning on doing this. You’ll likely need some help at the start of the game to clear the two camps.

Also, take the smaller minions out first before taking the bigger minion in each camp. It’s better to just kill them and get them out the way. If you lose lock on the minions they will return to their standing spot and quickly regen health. Keep them in combat.

The usual plan is to clear the red/blue camps, then move onto the two closest white camps. After this, either return to base to place cards or try to gank a lane. Just make sure you have team support and that they know what you plan on doing.

The idea is to hit level 3 faster than the other team, giving you the edge for ganking and clearing camps. This also allows you to quickly equip a card with good physical damage before heading back into the jungle or looking for enemy players to kill.

Just because you are a jungler, that doesn;t mean you should ignore the lanes. If you do not help your team in the lanes your team will likely lose the match. Staying in the jungle all the time is irresponsible and you won’t make any friends. You need to find a balance and be aware of what’s going on.

Check the mini-map constantly to keep an eye on the lanes and respond to your team’s request for help.

Thre is nothing worse than a selfish jungler in Paragon.